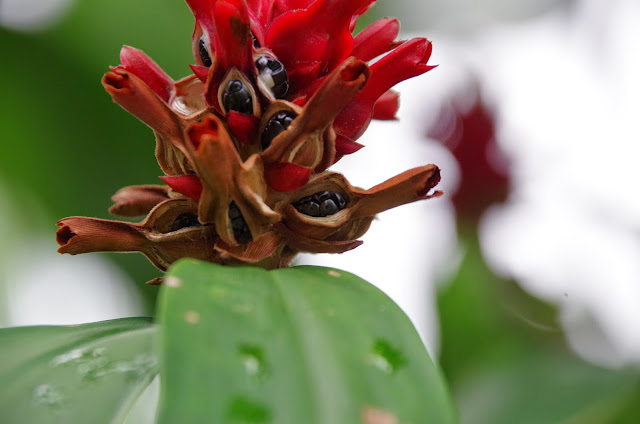 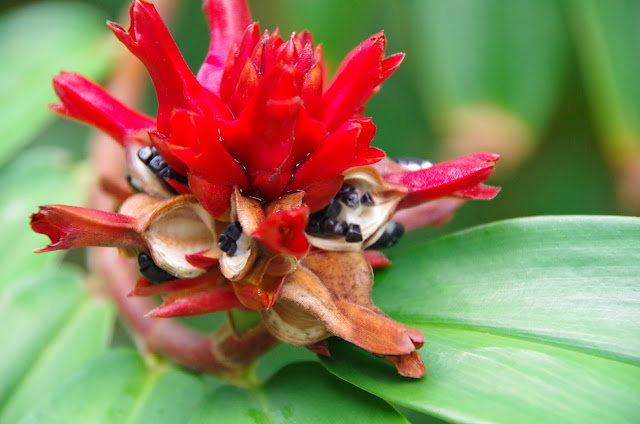 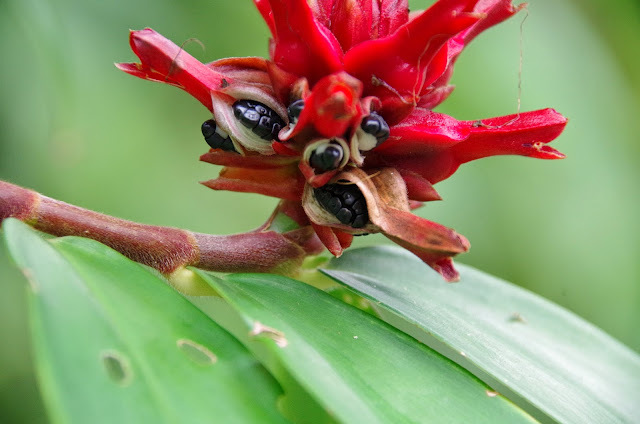 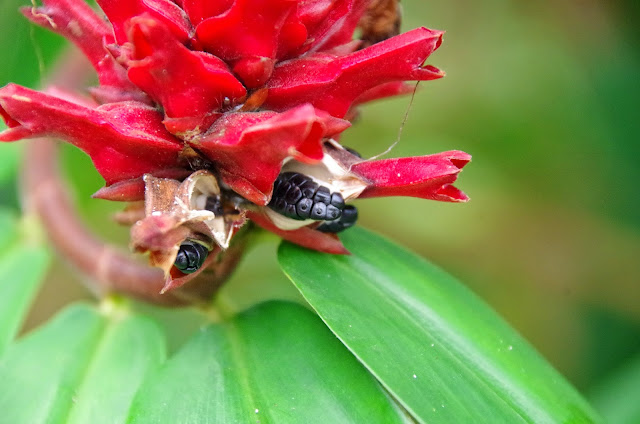 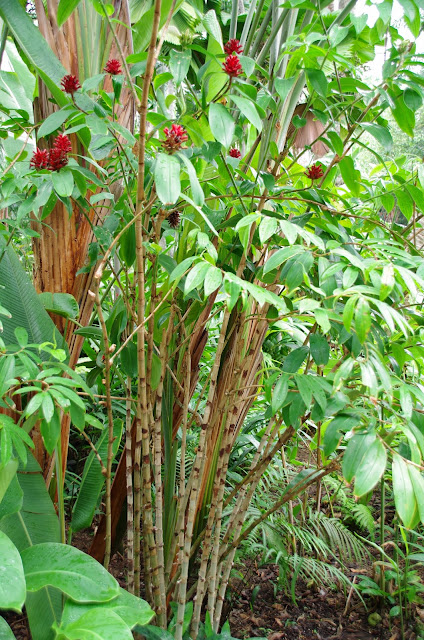 Reference:  http://theprivatenaturalist.wordpress.com/tag/crepe-ginger/
Crepe Ginger (Costus speciosus) – This species is a native of the Greater Sunda Islands of Indonesia and the Malay Peninsula. Although it has become naturalized in the Hawaiian Islands, its invasive tendencies enable it to crowd out native species. Its preferred habitat is moist fertile soils and partial sun, but will grow well in full sun if it gets plenty of moisture. One of the most cold-hardy of the gingers, it has been shown to withstand freezing temperatures as low as 17 degrees Celsius. Crepe Ginger is a tall and substantial-looking plant with large (15-30 cm long by 5-7 cm wide) dark-green leaves arranged on the stalk in a spiral. This species can grow to more than 3 m tall under ideal soil and climatic conditions. The unusual-looking flowers bloom throughout the year in tropical climates, but only in late summer to early fall in colder conditions. The flower’s single ,petal (actually the male part of the flower) looks like crepe paper, hence the common name “Crepe Ginger”. This and other ginger species propagate most effectively by producing a large network of thick fleshy rhizomes that are similar in appearance to the “ginger root” sold in grocery stores and at farmer’s markets. A single rhizome will produce new shoots and grow into a clump more than one meter in diameter in less than two years. Traditionally, the  rhizome has been used to treat fever, rash, asthma, bronchitis, and intestinal worms. In India and Southeast Asia, this species is still used to treat boils, constipation, diarrhea, dizziness, headache, and vertigo (“seasickness”). This species is also a source of diosgenin, a compound used for the commercial production of clinically important steroids such as progesterone.
Taken in Singapore Botanic Gardens 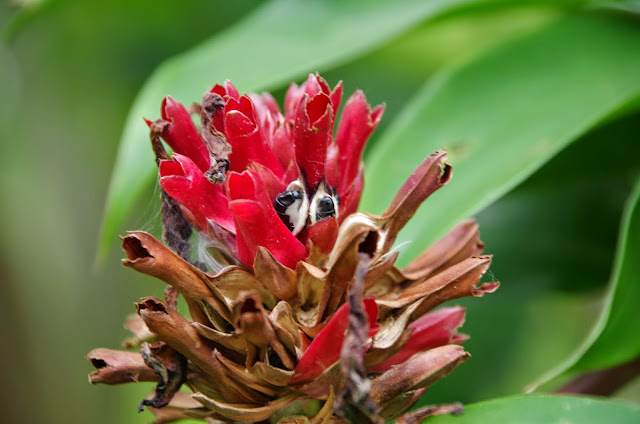 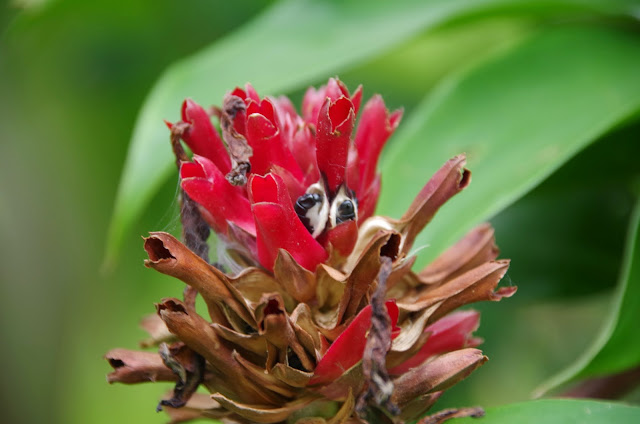 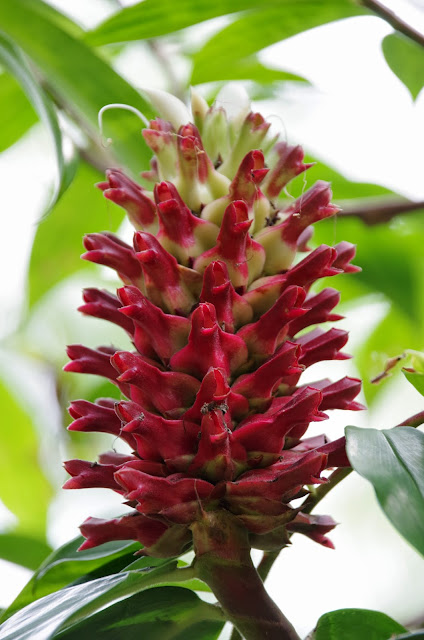 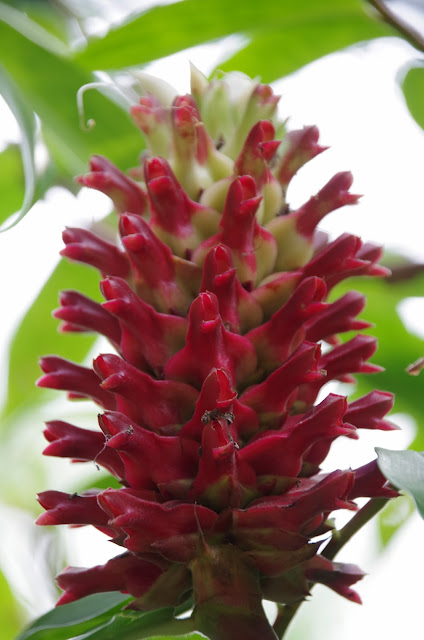 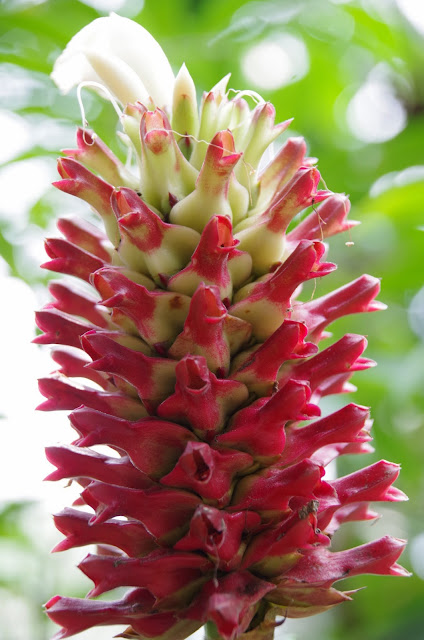 Welcome to my page 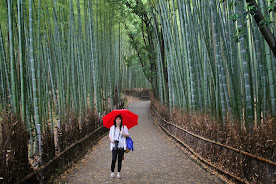 Link To Other Websites/Blogs